The concept of Black and White as an anthology of positive Australian stories was conceived by former ABC journalist, Philippa O’Donnell, and the charitable company formed to bring it to fruition was co-founded by Philippa O’Donnell and Vicki Clark, OAM. 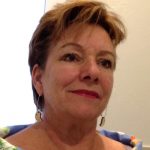 A fervent ABC journalist and manager for almost 30 years, who became tired of never seeing positive stories in this space, so used her retirement savings to form Australian Black and White Stories.

An expert, passionate communicator, Philippa feels her life until now has been building skills and experiences so she can establish Australian Black and White Stories. At the ABC she became highly-skilled in eliciting and telling stories on various platforms, with empathy, understanding and truth, and took out the inaugural Women in Management Scholarship.

Philippa gained empathy and understanding with Australia’s frst peoples from her school days in Swan Hill through to working in towns and cities all around Australia. 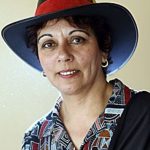 A Muthi Muthi Elder and wildly-enthusiastic Aboriginal community supporter and educator over several decades, Vicki sees Australian Black and White Stories as a logical next step, after serving as Co-chair of Reconciliation Victoria, 2008-2015; being inducted to the Victorian Aboriginal Honor Roll and awarded the Order of Australia for service to the Aboriginal community. Vicki was founding and continuing Trustee of Opening the Doors Foundation; Director of Yingadi Aboriginal Corporation, dedicated to nurturing spirituality and preservation of culture; Founding Secretary and past Chairperson of the National Aboriginal and Torres Strait Islander Catholic Council; and she formulated the current Willandra Lakes World Heritage Property Plan of Management.

Vicki spent 25 years as Coordinator of Aboriginal Catholic Ministry Victoria and she now works as a facilitator and cross-cultural educator to government, corporate and Catholic areas including schools. She is a Government appointee to the Victorian Interim Treaty Working Party.