So, what can I tell you about Kununurra?

I can tell you the facts: The township of Kununurra was initiated in 1961 to service the Ord River Scheme, which is an ongoing program to dam and divert the Ord River waters to irrigate crops. The population has grown to about 8,000 (2016 census) and it swells to 12,000 in the dry, tourist season or the fruit-picking season.

I can tell you about the colours, a shock of green and blue and red. The land is deep ochre and black volcanic soil, with great stone formations that rise up and up, shaped into undulating forms by thousands of years of erosion. The vegetation is emerald and olive, vibrant and exuberant. It flourishes all around; from the tropical farms growing melons, avocados, mangos, sandalwood, chia, citrus, and sunflowers, from the native tropical greenery, woodlands and scrub that stretches, equally sparse and lush and untamed in every direction. The sky and the waters are blue and endless. Lake Argyle is the largest artificial lake in Australia. It stretches out to the horizon, the unbroken mirror of lake and sky seems to shine a deeper blue as if driven to compete with the ground. And the lake is only one part of the Ord River basin. Water continuously flows from Lake Argyle into Lake Kununurra, providing irrigation for about 18,000 ha of verdant farmland. And so the wheel of colour turns.

I can tell you about the Miriwoong people, who have inhabited the area continuously for generations and who give the town its name. Kununurra is derived from the English pronunciation of the Miriwoong “Goonoonoorrang”, their name for this section of the Ord River. Despite this, only 22% of the population is Aboriginal or Torres Strait Islander (2016 census).

I can tell you that Kununurra is 101 km from the nearest town – Wyndham, to the North-West – and a 3,212 km drive from Perth to the South. Flights come and go daily from Broome and Darwin. Excursions from Kununurra exploit the local natural beauty through car, coach, fixed-wing and helicopter tours.  River boats cruise up and down the Ord, and sport fishers hunt for the spectacular barramundi while weaving past basking crocs. From Kununurra, adventurers explore the Kimberley region and its national parks and world heritage sites like the Bungle Bungles. 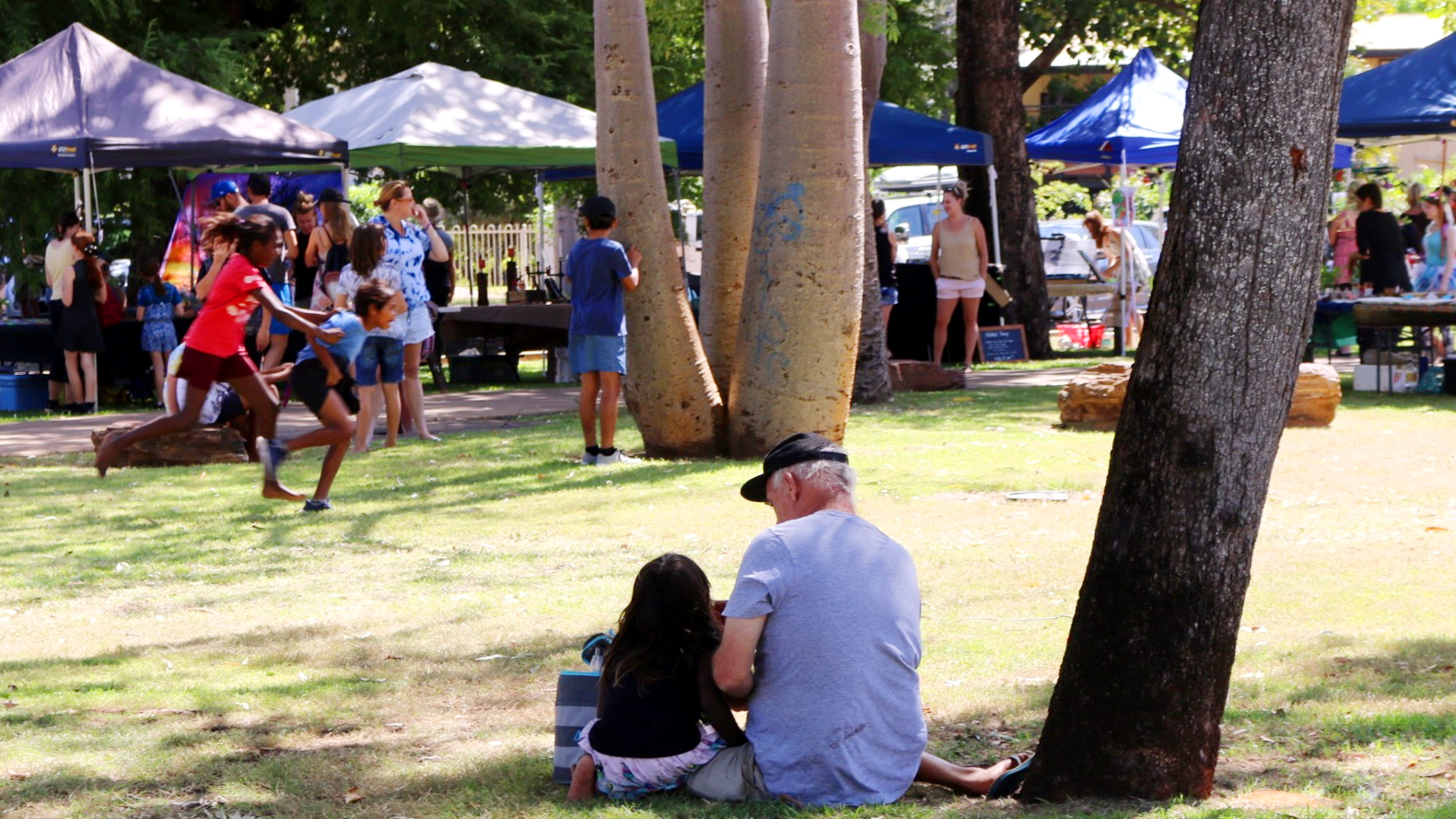 I can tell you Kununurra has a pioneer kind of spirit. Out in the far North East of Western Australia, just 37 km from the Northern Territory, it is in the middle of nowhere. But it doesn’t always feel like that. There are two supermarkets in town, two pubs, a resort, a bar, and a sports club; plus seven cafes, serving proper barista-made espresso coffee. The people are a pioneer kind too, friendly and willing to go out of their way to help.  It is a deeply-spiritual place where one can feel thousands of years of civilisation all around. It is a place where black and white Australians (and many, many other nationalities during the picking season) work side by side each day.

I can tell you that fires, natural, accidental, and intentional are a constant threat to the whole area. In the dry season thunderstorms can throw dry strike lightning bolts that start blazing bush fires.

I can tell you that the hottest recorded temperature has been a blistering 45.3 and the lowest a cool 16.7.